The Reform Club is one of the most prestigious private members’ clubs in London with a long and intriguing history. The Club provides its members with an elegant and tranquil setting – with Sir Charles Barry’s impressive architecture as its backdrop, this is a place to relax, entertain, socialise and be inspired.

Over the years the Club has evolved from its radical beginnings and is now a prominent social club, no longer associated with any particular political party. In 1981 the Reform was the first of the traditional gentleman’s clubs to allow women to become members on equal terms. The Reform Club is proud of its liberal-minded and progressive character that contributes to its enduring vitality. 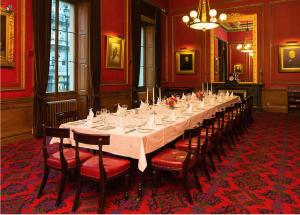