The Bailliage of Scotland was re-launched in 2005 having been dormant since the late 90’s. Our Scottish membership is now growing at a regular pace with a good mix of both professional and non-professionals, two of whom are specialist wine merchants.

The Bailliage of Scotland encompasses the whole of Scotland and our membership ranges from Forres in the Highlands; over to the Isle of Skye in the Western Isles; down the west coast to Glasgow; Perthshire in the central lowlands; across to St Andrews in the east and down the Fife coastal route to Edinburgh. We then move on down to the Scottish Borders for our southernmost member.

We pride ourselves in offering members the best that Scotland has to offer whether it is formal dining in a grand setting, or a casual spit roast in the garden of one of our professional establishments. We combine the experience of good food, good wine and especially good company! 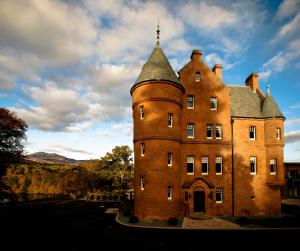