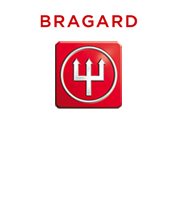 The Young Chefs Competition was first organised by the Chaîne des Rôtisseurs in Switzerland in 1977 to support and promote future young chefs by giving them the opportunity to develop and demonstrate their skills. Competitions are held at regional, national and international levels in countries around the world. The competition is open to chefs no more than 27 years of age.

A candidate for competition at any level must be nominated by their employer, who must be a member of the Chaîne des Rôtisseurs, and accepted by the Competition Committee. Members of local bailliages who are proprietors, managers, chefs or instructors at Chaîne affiliated restaurants, hotels and culinary schools are asked to nominate candidates, who complete and submit application forms to a Regional Coordinator. Contestants are then selected from the group of applicants.

At the appointed time, each contestant is given an identical, previously unidentified “market basket” containing certain basic ingredients. Using all of these ingredients, as well as drawing on a variety of staples from a common table the contestant must compose and execute a 3-course menu (first course, main course, and dessert) for four people. The written menu must be completed within the first half-hour, with 3 hours allowed for preparation, after which the finished dishes are presented to be judged within a 30-minute time frame.

Experienced professionals, who are Chaîne members, are selected to serve as judges. A candidate’s sponsor may not serve as a judge. To ensure complete secrecy and objectivity, contestants are identified by number only rather than by name. Dishes prepared by the contestants are judged on taste, presentation and originality. In addition, scores are given for cleanliness and organization in the kitchen.

A candidate must be a citizen or resident in Great Britain for at least three years. A candidate may be no more than 27 years of age on the date of the International Competition. Once accepted, a candidate must furnish proof of age (Birth Certificate, Passport or Driver’s License). The act of participating in the Competition at any level imposes upon the competitor the acceptance and respect of the rules.

Winners of past Chaîne Regional Young Chefs Competitions are not eligible to compete again. Past contestants (non-winners) may compete for a second time, as long as they are eligible under the age and experience ruling. The first place winners of all Regional Competitions are qualified to participate in the National Final. The winner of the national final will compete in the International Competition.

The 2020 competition was held at Knorr’s Kitchen at Leatherhead and was won by Ellie Shaw of The Clink; Second was Eden Allsworth of Cliveden House Hotel and third Liam Stofer of Mosimann’s. There was no international final in 2020 so Ellie will compete in Paris in September along with this year’s winner. 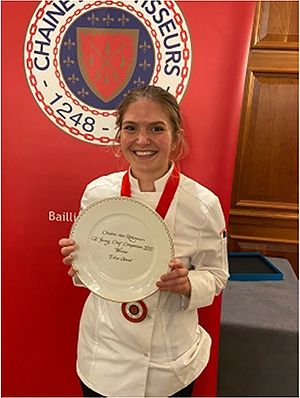