The Chaîne des Rôtisseurs is one of the finest and most renowned and respected international gastronomic associations bringing together and unifying its members from all over the world with the same spirit of fraternity and goodwill. The Chaîne also provides a bridge between different cultures and in this capacity has the vocation to support, wherever there appears to be a need, the most underprivileged.

It is for this reason that the Chaîne des Rôtisseurs decided to take yet another active and positive role in the world of food by enlarging its area of intervention to go beyond restaurants and hotels to that of ‘Caring and Sharing’. On January 2, 2008, the Chaîne officially registered a charity at the Paris Prefecture of Police, allowing the launch of programs in the field of social development aimed at nourishing and improving the living conditions of those in need, especially children.

The ‘Associaton Caritative de la Chaîne des Rôtisseurs’ (ACCR), which means ‘charity’, is the Chaîne’s non-profit making entity designated with the task and objective of giving help and assistance through its project initiatives and charitable aid programs worldwide. Moreover, thanks to its international connections, the Chaîne can create a direct link thereby avoiding any loss in relation to the allocations of the funds: 1 euro donated equals 1 euro distributed.

Every member who makes a donation will receive the heart-shaped Chaîne pin, which symbolizes the generosity and attention and care extended to others. It also is our way of expressing appreciation and thanks for the contributions received from Chaîne members whose support will directly help someone, somewhere in the world.

Conceived in January 2008, the Chaîne charitable foundation’s principal role is to provide financial support for food aid projects throughout the world. To get a flavour for these programs, here are some examples of projects that have already been implemented since the ACCR’s creation:

The ACCR’s first project was to assist the work of the ‘Mouvement Partage’ (Sharing Movement) to nourish young, disadvantaged children by providing them with ‘A Glass of Milk Everyday’.

This was then followed by a second project over 6 months, involved in helping an orphanage, ‘Padre Pio’, near Alexandria, thus making it possible for 250 children to have access to three daily meals. This operation has now been partly taken over by some local charities.

The first initiative undertaken in South Africa was to provide support for Aids victims by supplying a ‘Bowl of Soup Everyday’.

Then a second, more ambitious project, which will make it possible for underprivileged children and youth in difficult circumstances to follow accredited cooking courses at the accr, and to obtain a trade certification and ultimately job opportunities in the future, has also been launched.

The ACCR’s committment in regards to this project is to finance three years of schooling for 10 pupils at the Ikusasa School of Cooking, affiliated with South Africa’s International Hotel School (IHS).

The ACCR is now concentrating its efforts on establishing other cookery schools to teach a profession to individuals who would otherwise not have had that opportunity. Teaching a profession associated with culinary skills means that this is not only helping them on a long-term basis, but also enabling them in turn to help those closest to them. A further school has been established in Portugal. Similarly a course in Peru that is helping mothers to learn about nutrition helps to change lives.

Together with your support, the ACCR is committed to developing the idea that children, even the most disadvantaged, are capable of doing and achieving wonderful things, and taking the initiative which will allow them to gain pleasure and contentment in return. These things may often seem relatively small but for children who have nothing or are living in difficult and precarious situations these contributions will improve the quality of their lives enormously and give them hope in life.

To donate please go to the Paris website and you can donate online using your credit card. 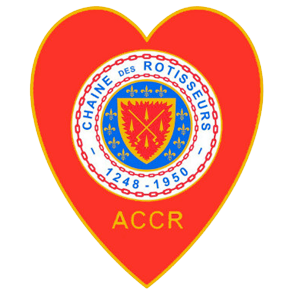