L’Ortolan restaurant is in the beautiful village of Shinfield just outside Reading. As well as the main dining room, it has 3 private dining rooms, each with its own style.

The building was built in 1840 and started its life as a school, but for 37 years it has been a restaurant and home to 5 Michelin starred chefs. Richard Sandford was awarded the first Michelin star in 1982 and since then the famous names on the pass have been Nico Ladenis, John Burton Race, Daniel Galmiche, Alan Murchison and the current chef, Tom Clarke, has been awarded his first Michelin star.

The restaurant has 3 AA rosettes and is in its 14 consecutive year with a Michelin star. 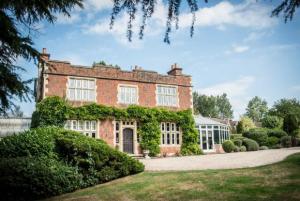