What more can be said about Heston Blumenthal’s The Fat Duck? Opened in 1995, awarded its third Michelin star in January 2004, voted Best Restaurant in the World 2005, and it still consistently ranks high in the annual World’s Best Restaurant list.

A self-taught chef, Heston Blumenthal’s route to the top has been an unconventional one, involving rule-breaking, unusual experiments and an exploding oven.

Heston has been described as a culinary alchemist for his innovative style of cuisine, and has been awarded an Honorary Degree of Doctor of Science by The University of Reading for his dedicated research and commitment to the exploration of culinary science.

Situated in the pretty village of Bray, this former pub possesses an understated charm with low ceiling and decorated with large gold and purple canvases. Furnishing is simple, the tables are beautifully set and spaced for intimate dining. There is no bar or lounge area so it’s straight to the table for that first drink and the menu. 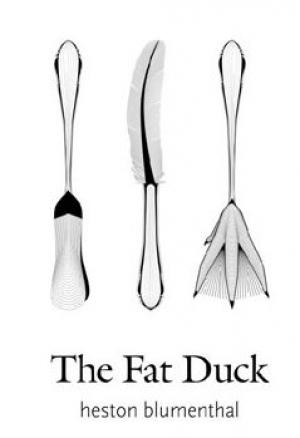