Cliveden is a privately owned 5 Red Star award-winning hotel and is the sister hotel to the world-renowned Chewton Glen Hotel & Spa in Hampshire.

One of the world’s finest luxury hotels, this grand stately home is set in the heart of the Berkshire countryside, surrounded by 376 acres of magnificent National Trust managed Grade I listed formal gardens and parkland. Cliveden has wonderful panoramic views over the River Thames and is one of the finest luxury hotels near London and Heathrow Airport.

Queen Victoria, was a frequent guest and was "not amused" when the house was bought by William Waldorf Astor, America’s richest citizen. When he gave it to his son and daughter-in-law Nancy Astor in 1906, Cliveden became the hub of a hectic social whirl, where notable guests included everyone from Charlie Chaplin to Winston Churchill, and President Roosevelt to George Bernard Shaw.

Today, the kitchen brigade is headed by Michelin starred Executive Chef Andre Garrett, and was the venue for the 2015 Grand Chapitre Diner Amical 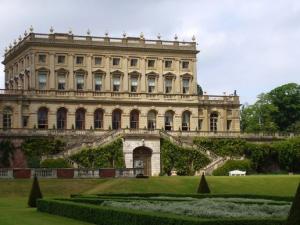