Restaurants > The Earl of March

The Earl of March

Set against the picturesque backdrop of Goodwood and the South Downs the Earl of March is a country pub restaurant in the village of Lavant near Chichester, West Sussex. We serve freshly prepared seasonal food from local produce, a selection of local real ales and a cellar of quality wines. All to be enjoyed in the comfort of our refurbished interior with its sumptuous leather sofas and its open wood fire. The pub dates back to the early 18th century and was originally named The Bat and Ball and served as a coaching inn on the main Chichester to Midhurst road. Local records show that it is where William Blake the famous poet and composer wrote the words to Jerusalem in 1803, while sitting in the east facing accommodation bay window looking out over the breath taking views. It is hardly surprising that he was inspired to write such an epic anthem. The pub was taken over in July 2007 by Giles Thompson, the former Executive Head Chef of the Ritz Hotel London. After spending nine years training under the brilliant Michel Bourdin at the Connaught, he moved to Danesfield House, Buckinghamshire, as Executive Chef where he achieved two AA rosettes and an RAC restaurant award almost immediately for classical cuisine with a contemporary twist. He joined the Ritz as Executive Chef in 1997 where he combined traditional and modern styles to present dishes that fulfilled the customer’s highest expectations. Every dish, however simple, was made of the finest produce and perfectly presented. This was recognized by the accreditation of the Royal Warrant from The Prince of Wales and The Soil Association for commitment to organics; both accolades were a first in the restaurant world! In 2003 he took a change in tack after 20 years in mainstream deluxe hotels and moved to Le Cordon Bleu Culinary Academy in Marylebone as Head of School teaching students from all over the world, the disciplines of French regional and classical cookery. 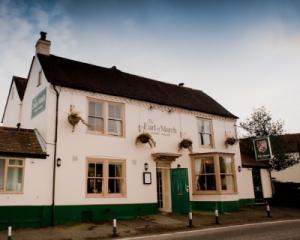