A terrific performance by Clement Robert from the Summer Lodge in Dorset – a Wessex member hotel managed by Charles Lotter. Clement has won the trophy as winner of the Chaine’s International Young Sommelier Competition here this weekend in Santander. Bravo Clement. Competing against the winners of the national competitions in other countries was a stressful time but great knowledge and skill won on the day. Clement has been coach by Eric Zwiebel the Head Sommelier of the hotel. This is two wins in two yeaqrs for our young sommeliers. 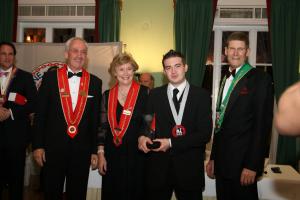