Rising star at soon-to-be-opened Hide, Piccadilly takes ‘best in class’ at Chaîne de Rotisseurs’ Young Sommelier of the Year Award GB 2017 A young Frenchman, who came to the Lanesborough Hotel, London eighteen months ago to hone his sommelier skills in English, and who has just moved to Hide’s 17-strong sommelier team, has won a leading title for young sommeliers in the UK, with the chance of international glory later in the year. Aymeric Pollenne, aged 24 and hailing from Poitiers in the Charente, took to the stage on Friday 23rd March, winning the title of Chaîne de Rotisseurs’ Young Sommelier of the Year Award GB 2018.
He was awarded his prize at a prestigious Awards Ceremony hosted at the Dorchester London by the Chaîne, and attended by many of the top names in Hospitality. Aymeric, who had previously worked in Paris at the 3star Michelin Le Pre Catelan, commented: ‘This is a great honour and I am very excited and proud to win. The competition was very tight, with just a small number of marks between us all. I would like to thank the strong team at the Lanesborough for all their help and encouragement to get me here today’ .
Coming a close second in the contest, was Alexandre Freguin of Moor Hall, near Liverpool, with Tony Le Curoux from Northcote Manor, Blackburn and Matteo Montone from Edition, London tying for third place.

The Chaîne de Rotisseurs’ Young Sommelier of the Year Award is a fiercely fought contest where young sommeliers in Britain, aged between 21 and 30, and from the Chaine member establishments nationwide, compete at the Gaggenau Showrooms, Wigmore Street in a series of practical activities, testing their wine knowledge, palate (including blind tastings) and service skills. All judged on a strict marking criteria. Under the Chairmanship of Gerard Basset MS MW, judges for the event this year were Nicolas Clerc MS, Piotr Pietras MS (last year’s winner) Matthieu Longuere MS„ Stephen Spurrier, Christelle Guibert – alongside Philip Evins, Bailli Délégué for the Chaîne des Rôtisseurs, who emphasised that the knowledge and skill of contestants was impressive and reflected year- on-year improvement in both ability and application: “The contest is not only about skills and knowledge but is also about the passion and ability to present to guests – or in this case – our judges! “This is currently Britain’s ONLY competition for young sommeliers and the increasing numbers of individuals taking part, indicates the role of sommelier is appreciated by many diners. It takes a few years to reach the standard of a winner, but it is hugely encouraging to see the skillsets improve year on year”. Aymeric will now go on to represent Great Britain in the Chaîne des Rôtisseurs’ International Young Sommelier Finals which take place in Mexico City on 18th – 20th September 2018. His new boss, Piotr Pietras, actually won this competition in 2017 in Budapest – so he now has the opportunity of some top coaching and tips prior to the Finals. Great Britain has experienced unprecedented success at the International Finals, taking first or second spot in 7 out of 9 years. Aymeric will now face around 20 sommelier peers from around the globe to vye for another victory.. 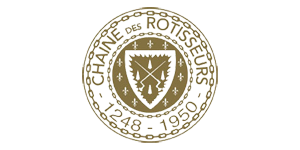