Our vineyard visit for 2022 is to the beautiful Ashling Park Estate near Chichester. We will be met by Gail Gardner, founder and principle of the winery, restaurant and lodges. She will tell you all about the estate, introduce you to her vines and share with you a memorable tasting of many of her outstanding and award-winning wines.

Gail came up with the idea of the winery when she was living in Switzerland. “We saw all these vines flourishing in the cool climate and we thought, why not give it a try?”. So, in 2013 she came home to Ashling Park, which her parents have owned for 25 years, and persuaded them to give over the 25-acre hay meadow to vines. They planted 20,000 vines — chardonnay, pinot noir and pinot meunier, the grapes used in champagne — taking a punt that the chalky soil and sunny climate would be just the thing for sparkling wine. The punt paid off. Ashling Park last year won best UK classic cuvée NV sparkling wine at the Wine GB awards.

Luncheon will follow the tour. Executive Chef David Palmer has been in the hospitality industry for over 40 years, cooking from Royalty to local restaurants with the likes of Rick Stein, Gordon Ramsey and Gary Rhodes. He also headed up the Solent Forts and New Forest collection as group executive chef. He is now concentrating his efforts by leading the team at Ashling Park estate trying to achieve the extraordinary on a daily basis – as you will see on the day.

Full details can be found on the Solent Bailliage web site.

This event is from the Solent Bailliage, see more Solent Events. 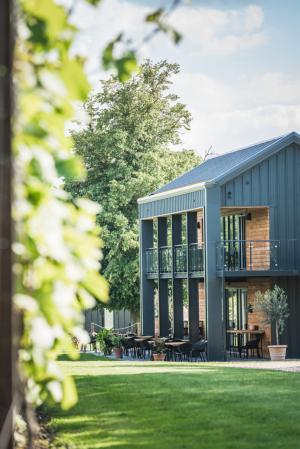