Opened in 1967, Le Gavroche was the first UK restaurant to be awarded one, two and three Michelin stars. The chef de cuisine is Michel Roux Jr, who took over the reins from his father, Albert in 1991.

The fact that Le Gavroche continues to maintain the highest of reputations amongst both diners and critics is testament to the excellence of the food being prepared by Michel. 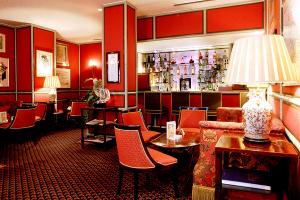