With two award-winning restaurants - fine dining at The Latymer and the vibrant Brasserie - Pennyhill Park is the ultimate British five-star food destination.

David Atkinson – Executive Chef Pennyhill Park David’s enthusiasm for cooking started when he was very young, and during his career he has worked in many countries at prestigious hotels and luxury 5 star establishments. In 1996, he moved back to London and worked at Hilton London Kensington as Executive Chef. After 12 years in the role, he took his first role within Penny hill Park, an Exclusive Hotel & Spa, as Head Chef Conference and Banqueting in April 2014. He then progressed to Executive Head Chef. His aim is to work with the many talented chefs in his brigade to develop the hotel to its full potential. As mentoring is a passion of his, he has been involved in Exclusive Hotels Chefs Academy programme, which aims to develop ambitious students, determined to succeed in their culinary careers. David will be working with the Chaine de Rotisseurs, and participating with the toque d`or .

Matt Worswick – Head Chef, The Latymer Matt hails from Liverpool and took over the helm in 2016 from Michael Wignall, 2 Michelin star chef, and has more than achieved success at Pennyhill Park. He won a Michelin star a year after arriving at The Latymer. He has worked with some top chefs and draws on influences from his youth – flavours being the top essential. 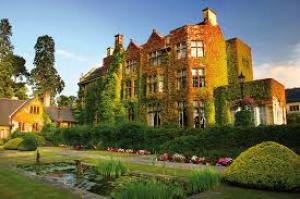