In keeping with the historical aspect of the pub, The Hinds Head menu takes its inspiration from traditional British food that has been adapted to ensure that the dishes reflect the palettes of the day. Old favourites such as Oxtail and Kidney Pudding or Tea Smoked Salmon have become signature items that you will find on the menu all year round.

As well as the traditional items The Hinds Head has become famous for some of its newcomers such as Heston’s Triple Cooked Chips and the award-winning Quail Scotch Egg. 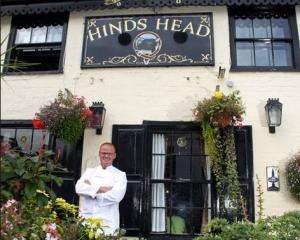