After college he was apprenticed at the Alberto restaurant in Northampton, then moved to Rock Salt, Mark Sargeant’s fresh fish restaurant and bar in Folkestone.

He gained experience at Oxwell & Co in Singapore before moving back to England to join Social Eating House.

Following a period at Rushton Hall and a trip to Australia, he got a position at Swinton Park, where he has done well and is now acting as Sous chef, overseeing a team at this extremely busy hotel.

When he moved to York ten years ago, he studied at York College specialising in professional cookery.

He started work in a small tapas restaurant in York and, after a year in the industry, he branched out and spent a few days a week at the Michelin starred Raby Hunt run by James Close, which sparked his passion for fine dining. The Grand Hotel was his next employment where he is now a Chef de Partie. 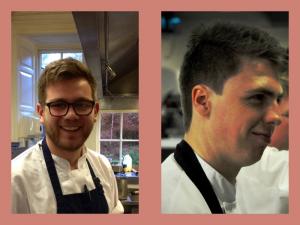