On a bright sunny morning on 3rd June seven young chefs arrived, in trepidation, at Westminster Kingsway College to take part in the 2010 competition.

They were faced with a black box of ingredients of which the protein items were a four bone rack of Middle White pork; 500g of Black pudding; and 1 whole sea trout. In addition they had an assortment of other ingredients including asparagus, leeks, peas, broad beans, courgettes, dairy products, dark and milk chocolate, flaked almonds and rice. Within the kitchen was a larder trolley with other base ingredients. They were then given 30 minutes to design a three course menu for four people.

Having handed in their menus they were then started in 10 minute intervals to produce their chosen menu. The temperature in the kitchen was high and the pressure was on but all responded to the challenge. During their time in the kitchen they were judged by Gary Hunter, Head of Culinary Arts, who was looking at their knife skills, cooking techniques and cleanliness.

Strictly timed at three hours the competitors had to present their dishes to the judges who comprised of Anthony Marshall, Executive Chef of the Hilton Park Lane; Michael Weiss, Executive Chef from Coq d’Argent (both Chaine Maitre Rôtisseurs) and Dennis Drame, Executive Pastry Chef from Exclusive Hotels.

All three judges carefully reviewed each course from every contestant, making de-briefing notes for later use, and Anthony praising the high standards all of the entries. For the presentation of the prizes all of the judges and competitors went to sponsor Gaggenau’s showroom for the results.

The third prize went to Daniel Morgan of The Latymer Restaurant at Pennyhill Park, Bagshot, the second was Dale Chamberlain of Lainston House, Winchester and the overall winner was Thomas Spenceley of Swinton Park, Masham.

The other entrants were Dominic Greechan from Dakota Hotel, Glasgow; Chris Carter from The Bell, Horden on the Hill; Alex Georgiou from Goodenough College and Richard Lloyd from Limewood, Lyndhurst, all received Medals and Certificates.

Thomas will be presented with his Chaine Membership in Helsinki in September, in addition he was presented his Gold Medal by Philip Evins, Bailli Délégué together with prizes from Gaggenau; Wusthof, Anolon and £100 spending money for when he goes on to represent GB in the finals in Finland.

Thomas was supported by Andrew McPherson the General Manager of Swinton Park and his Head Chef, Simon Crannage.

Vic Laws, Conseiller Culinaire for GB, who was assisting in his first competition, commented on the excellent work produced by the entrants and the enthusiasm they showed for the competition, He said ‘Some of the entrants had not entered this type of competition before but found it both challenging and enjoyable. We hope they will try again next year.’

Gaggenau brings the professional kitchen into the home and uses the highest quality materials for built-in kitchen appliances combining uncompromising performance and design. Working alongside both professional chefs and product designers, Gaggenau’s researchers and developers have consistently been at the forefront of the industry, launching technically innovative appliances and achieving a number of ‘firsts’: the world’s first built in oven; first glass ceramic cook top; first pyrolytic self cleaning oven system and combination steam oven for domestic use.

Gaggenau is associated with fine wine and dining as well as the support, nurturing and development of some of Europe’s finest chefs. Michelin starred chef, Raymond Blanc, has selected Gaggenau appliances for the working kitchen in his world-renowned cookery school, Le Manoir aux Quat’ Saisons found near Oxford.

For details of the full product line-up please visit www.gaggenau.com. 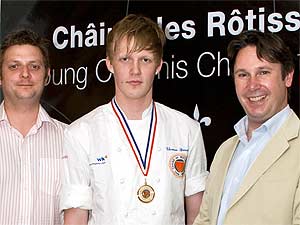 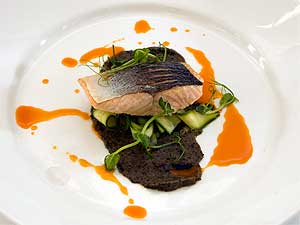 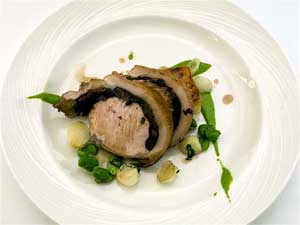 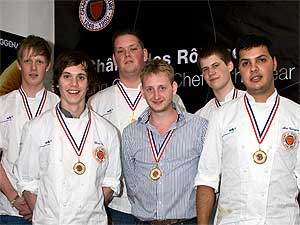 Finalists of the Young Chefs Competition 2010