Each contestant was given an identical, previously undisclosed ‘market basket’ containing basic ingredients including a small selection of meat, fish, fruit and vegetables. Using these ingredients, plus a variety of larder staples, contestants were given just 30 minutes to come up with a three-course menu plan for four covers and three hours to cook.

A panel of high-profile judges of international repute – the “four As”, Anton Edelmann, Anton Mosimann, Andrew Turner and Anthony Marshall – assessed the competitors on a 0-10 points system for taste, presentation and originality. Contestants could lose points for lateness and unsatisfactory kitchen hygiene. To ensure total impartiality, a strict blind judging procedure was adopted with contestants were identified by their kitchen station numbers only.

20-year-old Thomas Helyer from Kinnaird Hotel and Sporting Estate in Perthshire scooped the title of Great Britain’s Young Commis Chef of the Year for a three-course meal judges described as “a highly commendable achievement”. Delighted with his win for his first ever competition entry, Thomas said: “There is not much you can train for as you go into the competition totally blind but the competition does allow you to be as creative as you like. And it was great to have a bigger selection of food to choose from than I thought. I am looking forward to the challenge ahead, the Chaîne gives you an amazing opportunity, I can’t wait for New York!”

The judges were extremely impressed with the calibre of the contestants: “All the contestants were so determined today, the entry level was of a particularly high standard. I have been involved in this event for many years, both in the training and the judging and I know how much work is involved. They all did a very good job,” said Anton Mosimann. In agreement, Anton Edelmann added: “The standard is rising every year and I think we have a lot to look forward to in the future. Young chefs are now leaving France behind and looking to the UK for training – it’s an incredibly exciting time for British cuisine.”

In second place was 22-year-old Cameron Bradshaw of Millstream Hotel and Restaurant in West Sussex. Craig McCarron of La Bonne Auberge in Glasgow came third place. Also participating in the competition were 20-year-old Holly Cooper from Thornbury Castle in South Gloucestershire and 22-year-old Tom Thexton of The Waldorf Hilton in London.

All competitors were awarded a GB Chaîne des Rôtisseurs Young Chefs Competition Finalist medal at the end of the challenging yet rewarding day: “It was a great experience; it has inspired me to try even harder,” said Tom Thexon.

Winner Thomas will fly to New York City in October to represent Great Britain at the international final of the competition competing against 30 winners of national finals in countries across the globe to win the titles of Chaîne des Rôtisseurs International Young Commis Chef 2009 and professional entry into the society.

Anton Edelmann is renowned for having been the Savoy hotel’s maître chef des cuisines for 21 years, between 1982 and 2003. Born in Germany, Anton served an apprenticeship in Germany before moving to London to the Savoy Hotel. He then worked at the Dorchester hotel under Anton Mosimann as well as Grosvenor House before returning to the Savoy Hotel. In his 21 years Anton was hugely influential, introducing modern European cooking with a strong French influence. In 2003 Anton left the Savoy to become a principal chef at the Director’s Table, the fine dining division of Sodexho and Patron Chef at London’s Allium restaurant. Last year he opened a spectacular 80-seat restaurant at the Great Hallingbury Manor near Bishops Stortford, Hertfordshire. Anton is a renowned chef and TV personality and author.

Over the last 13 years, Anthony Marshall has been executive chef at the London Hilton on Park Lane. Anthony has been responsible for overseeing major banquets including the Royal Warrant Holders’ Lunch, held to commemorate the Queen’s Golden Jubilee in 2002. Gaining enormous recognition in both the industry and customers Anthony was named Best Banqueting Chef by the Craft Guild of Chefs in 2002 and is in charge of the largest banqueting facility on Park Lane which can be cater for more than 1000 people for lunch and dinner in one day. Despite his huge role, Anthony still continues to have an innovate approach to cooking and is constantly pushing the banqueting boundaries.

Anton Mosimann started his apprenticeship at a local Swiss hotel at the age of 15, and at the age of 25 became one of the youngest Chefs to receive the coveted Chef de Cuisine Diploma. He worked and traveled extensively, gaining international acclaim in Italy, Canada and Japan. In 1975 Anton joined London’s Dorchester Hotel where, at the age of 28, he became the youngest ever Maître Chef de Cuisine. He stayed at the Dorchester for 13 years and with his skill and energy brought the hotel two Michelin stars. In April 1988 Anton Mosimann left to establish his own exclusive members dining club, Mosimann’s. In 2004 Anton was awarded the OBE for service to the industry and in 2006 was made an Officer of the French National Order of Merit for distinguished services.

Once Andrew left catering college, he began his training in France. Following his return to the UK, he went on to work with well-known chefs including Anton Edelmann. Having learned from the best, Andrew went on to develop the contemporary European ‘grazing concept’, which allows diners to sample up to ten smaller dishes rather than a traditional three-course meal. He has won many awards, including Time Out Restaurant of the Year 2001 at the restaurant 1827 at Browns Hotel in London, Voyager restaurant of the year 2001-2004 and a 4-rosette AA rating. Andrew was executive head chef at 1880 at the Bentley Hotel in London. He was until recently executive head chef at Pennyhill Park Hotel in Surrey. Now Andrew is executive chef of the Landau, the new dining destination at the recently refurbished Langham Hotel in London. Andrew has also appeared on many food television programmes.

Gaggenau brings the professional kitchen into the home and uses the highest quality materials for built-in kitchen appliances combining uncompromising performance and design. Working alongside both professional chefs and product designers, Gaggenau’s researchers and developers have consistently been at the forefront of the industry, launching technically innovative appliances and achieving a number of ‘firsts’: the world’s first built in oven; first glass ceramic cook top; first pyrolytic self cleaning oven system and combination steam oven for domestic use.

Gaggenau is associated with fine wine and dining as well as the support, nurturing and development of some of Europe’s finest chefs. Michelin starred chef, Raymond Blanc, has selected Gaggenau appliances for the working kitchen in his world-renowned cookery school, Le Manoir aux Quat’ Saisons found near Oxford.

For details of the full product line-up please visit www.gaggenau.com. 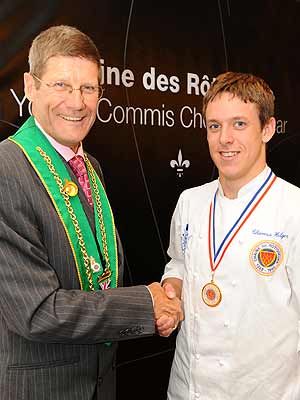 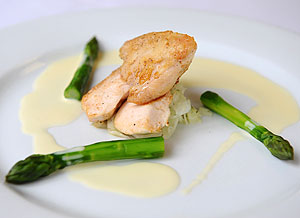 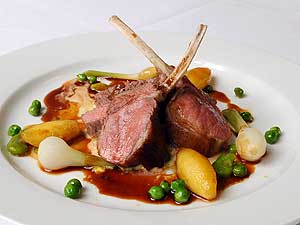 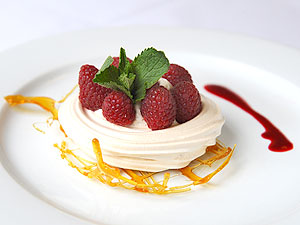 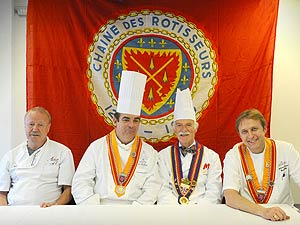 Young Commis Chefs in the kitchen