Welcome to Manchester, one of the UK’s largest and most full-bodied cities. Britain’s ‘second city’ bursts with sights, sound and flavours; from its own corner of the north west of England and from all over the world.

Famous for its art galleries, nightspots and concert halls such as the Bridgewater Hall (home of three world-class orchestras), Manchester has also become a media capital in recent years with the opening of MediaCityUK at Salford Quays. MediaCityUK is a major television centre and concert venue, and is home to ITV and BBC News.

Manchester is just two hours from London by train or air, with direct connections to 130 cities worldwide. It is also easily reached by car.

Attendees will have opportunities to visit some of the exciting sights and attractions the city has to offer. Dinners have been arranged at some of the top restaurants in the north west region. This year’s attendees will be staying in the breathtaking Midland Hotel, in the centre of Manchester. In its 100 year history the hotel, built for the Midland Railway, has played host to kings, queens, presidents, prime ministers and rock stars.

It’s also perfect for you, our culinary royalty, as it’s right at the heart of the city centre’s sights, restaurants and shops.

Highlights of the Grand Chapitre will include visits to the stunning Chatsworth House, home of the Dukes of Devonshire, Quarry Bank Mill, the BBC Media Centre in Salford Quays and a walking tour of the city centre. Venues for dinners include the new ‘Baby Grand’ King Street Townhouse, The Mere Hotel and Golf Resort in Knutsford, together with fireworks, the Manchester Town Hall and finally the Midland Hotel. 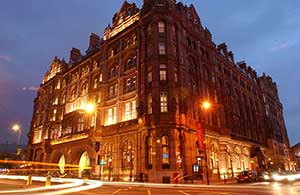 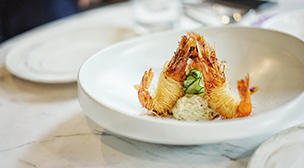 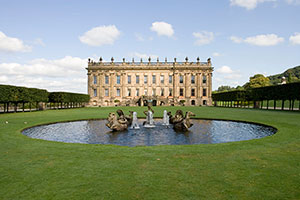